Drop in SA’s headline unemployment rate welcome, with more work to be done

The Marshall Liberal Government today welcomed the drop in the seasonally adjusted unemployment rate to 6.2 per cent for October, as the trend rate remained steady at 6.3 per cent.

“The decrease in the headline unemployment rate is welcomed, but we know there is much more work to be done, and that is why the Marshall Liberal Government is focused on growing and diversifying the South Australian economy and driving positive jobs growth,” Minister for Innovation and Skills David Pisoni said.

“In particular, we’re very focused on driving full time job creation, with almost two-thirds of the jobs created since the election of the Marshall Liberal Government being full time.

“The recent NAB Monthly Survey indicated that business conditions had improved in South Australia in October in seasonally adjusted terms to be above the national average, along with an improvement in business confidence.

“The latest SEEK Employment Report shows that South Australia is leading the country in terms of salary and job ads growth. The average advertised salary in SA was 3.6 per cent higher than a year earlier – the highest percentage increase in the nation – and the volume of job advertisements rose by 2.2 per cent.

“These reports show positive signs of underlying economic growth and the substantial transition of the South Australian economy to new industries and higher paying jobs in sectors such as defence, space and cyber security.

“This is on the back of this week’s very encouraging NCVER training and apprenticeship figures which showed SA had a 28.8 per cent increase in apprentices and trainees, the largest percentage increase in the nation, highlighting the early success of the government’s Skilling South Australia program.”

SA businesses are on board with Skilling South Australia, and they remain confident in the direction of the South Australian economy, with a number of recent economic and jobs announcements, including: 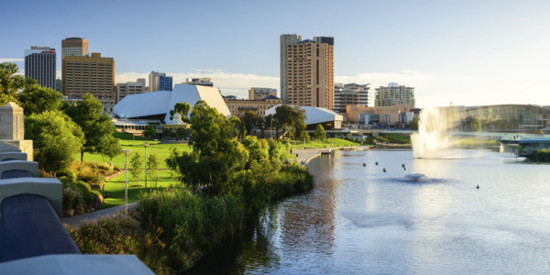