Hundreds of Adelaide residents will have the opportunity to be a part of the highly anticipated New Line action film Mortal Kombat, with a major open extras casting call to be held on Saturday 17 August at Adelaide Studios.

Minister for Innovation and Skills David Pisoni said this is the chance for South Australians to get involved with the biggest film production in the state’s history.

“Heesom Casting have been charged with the gargantuan task of filling hundreds of roles as extras for Mortal Kombat,” said Minister Pisoni.

“Since announcing that we had secured this production for South Australia, creating 580 jobs and injecting some $70 million dollars into the state economy, there has been unprecedented interest in being involved from people from all walks of life.”

The major casting call is open to people 18-50, but there are some specific roles for children, with more information available at www.heesomcasting.com

Mortal Kombat Australian Casting Director Angela Heesom said today: “Mortal Kombat is the ultimate casting challenge as we have so many extras roles to fill.

“We are looking for men and women of all cultures and diversity. As an action film, we also need people who are super-fit, if you have something that makes you distinct, extreme or unique, we want to meet you.”

Mortal Kombat is a bold cinematic adventure based on the blockbuster videogame franchise. Bringing the legendary property to life on the big screen is a team of Australian filmmakers led by Simon McQuoid, who is taking the helm in his feature directorial debut and producer James Wan (Aquaman, The Conjuring films).

To need to register, just turn up on the day

Find out more at www.heesomcasting.com 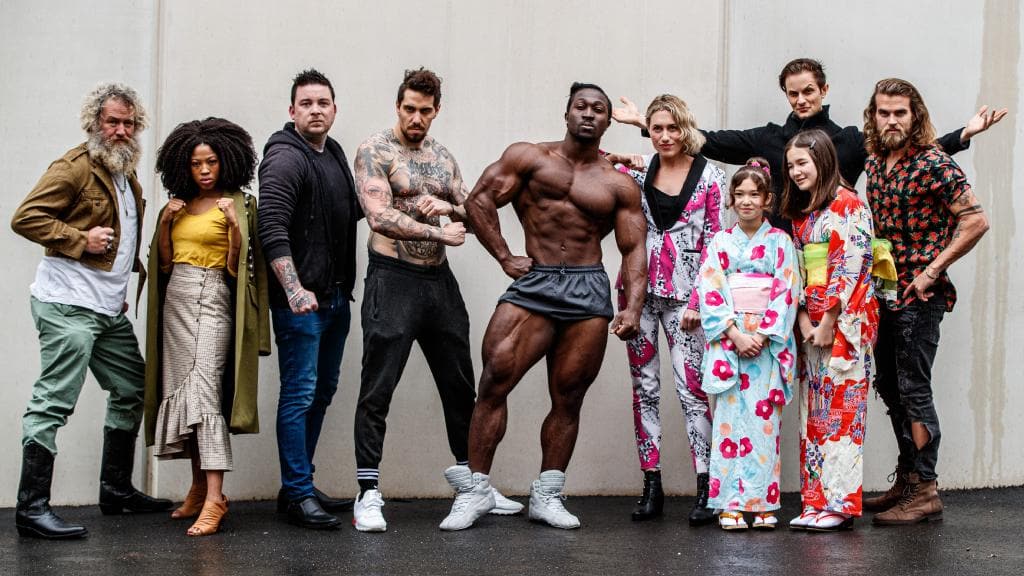