Precision Buses will create an Apprenticeship Academy and around 40 new jobs as a result of the recently awarded bus supply contract.

The Marshall Government awarded Scania Australia the contract to supply approximately 340 buses for a potential ten-year term for the Metropolitan Adelaide Bus Network.

Precision buses will now have a 95-person strong workforce dedicated to bus manufacturing in South Australia.

“Precision buses have been supplying the Adelaide Metro bus fleet for almost two years and will now continue to do so for up to the next 10 years.

“This new bus supply contract will underpin manufacturing jobs at this facility for years to come and help train the new generation of automotive manufacturing workers.

“This contract will allow Precision Buses to further invest in the industry and grow a larger position.”

“This is a terrific announcement by Precision Buses and aligns well with the Marshall Liberal Government’s Skilling South Australia initiative to create an additional 20,800 apprenticeships and traineeships over four years,” said Minister Pisoni.

“Precision’s investment in their apprenticeship academy will provide quality on the job training over the life of this contract, which will be a real boost for manufacturing jobs in the northern suburbs.”

Scania Australia currently holds a Bus Supply and Support Services Agreement with the department, which expires on 31 October.

New buses are purchased each year to replace existing buses, which are no longer fit for purpose or have reached the compulsory retirement age of 25 years, as required under the Passenger Transport Regulations 2009.

Key features of the new bus contract include; 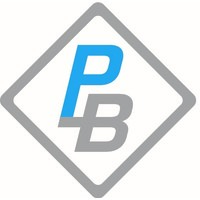