SA has the lowest unemployment in Australia

“It is the first time in more than a decade that South Australia has the lowest unemployment rate of the states and these numbers reflect the growing confidence in the South Australian economy,” said Minister for Innovation and Skills David Pisoni.

“The fact the number of South Australians in jobs has increased by 44,500 since the first shock of COVID-19 in May is a testimony to the economic management of the Marshall Government during a very difficult period.

“Money is also being invested to protect existing jobs with reductions in payroll tax, land tax and grants of up to the $20,000 available for eligible small businesses, keeping them and the jobs they provide afloat.”

Today’s ABS employment data comes as the latest statistics from the National Centre for Vocational Education Research (NCVER) show that South Australia is leading the nation for growth in commencements of apprenticeships and traineeships.

“South Australia registered a 7.8 per cent increase in the number of apprentices and trainees whilst the rest of Australia suffered from a 3.9 per cent decline in the same period,” said Minister Pisoni.

“The Marshall Government’s record $280 investment in skills training has driven South Australia to the number one amongst the states and territories for growth in earn as you learn training.

“In another welcome outcome of the Marshall Government’s job training policies the number of women commencing an apprenticeship or traineeship jumped by 8 per cent in the 12 months to June.

“Under Skilling SA the Marshall Government is funding projects that are specifically designed to assist women into non-traditional trades including the Women in Civil program through which Nicole Whittaker is undertaking a Certificate 111 in Civil Construction whilst learning on-the-job with LR&M Constructions.

“I encourage all women thinking of a new career to consider an on-the-job apprenticeships or traineeship that allows you to earn a wage whilst you learn the trade.

“The Marshall Government is tearing down the barriers that once precluded women from entering a range of jobs on construction sites, in manufacturing, transport, utilities and mining.” 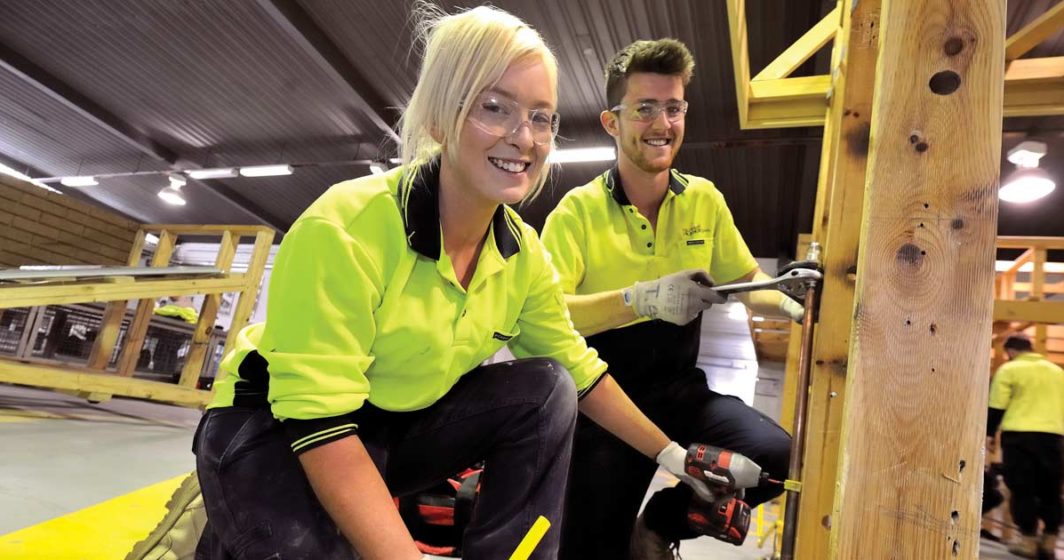