The Opposition continues to stifle reform of the state’s training and skills system, with a series of unworkable amendments to the State Government’s reforms currently before the Parliament.

The Labor Opposition’s proposed amendments to the Training and Skills Development (Miscellaneous) Amendment Bill 2020 would stop the State Government’s significant reforms of vocational education and training that are leading the nation and putting at risk thousands of skilled jobs which would flow from an expanded, modern and accessible skills training system for South Australia.

“Having voted against the Bill in its entirety in the House of Assembly, the Labor Party has now introduced a series of backward-looking amendments in the Legislative Council which would essentially gut the Bill, and hinder the Marshall Government’s work to further strengthen and modernise our training system,” Minister for Innovation and Skills David Pisoni said.

“The work we have undertaken and our nation leading results achieved over the last two and a half years are proof that our reform agenda is working, with the latest national training stats showing SA nearly 20 percentage points above the national average in the growth of commencements for apprentices and trainees.

“Labor left office with a 66 per cent decline in apprentice and trainee commencements over six years, TAFE in chaos, and no skills policy.

“Now Labor doesn’t support reform that is working, and their amendments completely diminish the role of the new South Australian Skills Commission, which has been designed to provide greater oversight of the training system here in SA, modernising the current structure, removing duplication and confusion, and lifting the status of VET and apprenticeships and traineeships – in line with national reforms through the new National Skills Commission.

“Our reforms will better support the delivery of initiatives such as our $200 million Skilling South Australia program and our recently announced $88 million JobTrainer package.

“The Shadow Minister for Jobs and Leader of the Opposition must explain why he has ignored Business SA’s in principle support for the Bill, and why he has disregarded industry and training providers who have been crucial to the development of this legislation and these reforms.

“Labor’s amendments focus on reserving a seat for Unions on the new Skills Commission (a requirement not even in the current Act implemented by Labor in 2008) – this goes against modern and flexible membership appointment processes in line with other jurisdictions and nationally.

“Labor’s amendment to prohibit applications to extend probation periods of a training contract would disadvantage many fledgling apprentices and their employers – for example, if an apprentice had an incident within the first three months of an apprenticeship that kept them away from their job, Labor’s amendment would give an employer no choice but to terminate the apprenticeship and provide no ability to extend the probation period to allow the apprentice to return to work, forcing the employer to terminate the training contract.

“It’s bizarre that Labor’s amendments remove the ability for an apprentice or trainee, or an employer, to be represented by a registered organisation at a hearing of the South Australian Employment Tribunal. Labor’s amendments reduce protections for apprentices and trainees, and place roadblocks in front of their employers and it’s clear that they lack understanding of the current system.

“It’s time for Labor to stop playing politics and get behind the Government’s nation leading skills reform to deliver a skilled workforce for our transforming economy, such as in defence, space, advanced manufacturing, and our growing construction and health industries.

“Labor’s amendments are nothing more than an attempt to frustrate the Government’s success through Skilling South Australia, and an attempt to stop further reform of the state’s training system.

“Unfortunately, it’s what South Australians have come to expect from Labor – the party which oversaw a plunge in apprenticeships and traineeships, and the party which still doesn’t have a skills policy.”

Key measures of the Bill include: 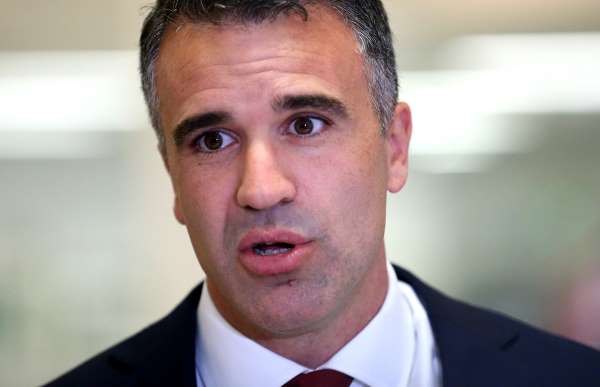