Minister Pisoni said Heesom Casting, and principals Angela and Louise Heesom are shining examples of the world-class talent that exists in South Australia.

“It’s great to see another talented and innovative South Australian company join the ranks of the Mortal Kombat production being made at Adelaide Studios, further bolstering local input into the film,” he said.

“The Marshall Government has recognised the job opportunities that flow from investment in the creative industries, and by securing the largest film production in the state’s history, we’re supporting the continued growth and capability of the local industry.

“Mortal Kombat will create an estimated 580 jobs in South Australia, with more than 1,500 actors and extras employed, along with some $70 million injected into the State’s economy.”

New Line Cinema’s highly anticipated epic action film, Mortal Kombat is a bold cinematic adventure based on the blockbuster videogame franchise. Bringing the legendary property to life on the big-screen is a team of world-renowned Australian filmmakers led by producers James Wan (Aquaman, The Conjuring films) and award-winning commercial filmmaker Simon McQuoid, who is also taking the helm in his feature directorial debut.

Heesom Casting commences work immediately from their casting suite inside Adelaide Studios. The Casting Director duo will draw from a diverse and talented range of actors from South Australia, as well as other states, during what will be an extensive casting process. In addition to professional actors, the film will also employ many specialist artists such as martial arts experts and the like as Heesoms bring to life the Mortal Kombat world.

The production will also require as many as 1,500 extras, with extras casting to be officially opened on July 19, 2019.

Heesom Casting’s Angela Heesom said: “It’s a great privilege and honour to be awarded the role of Principal Casting Directors for Australia on this very exciting film. We’ve been casting films for over twenty-five years now and this is by far the largest production ever to hit our desks.

“The fact that the entire national casting operation is emanating out of SA is a real coup, not only for us as a creative business, but for all the actors in our state, as well as the broader community. The SAFC together with the State Government have certainly helped deliver up something very special and we just can’t wait to get started!”

South Australian Film Corporation Head of Production, Development, Attraction and Studios Amanda Duthie said: “As the largest film production to land in Adelaide, Mortal Kombat is having a huge impact on the local screen sector, Adelaide Studios, and is a great opportunity to showcase our brilliant screen-making talent and creatives to a global audience,” she said.

For details on how to apply, go to Heesom Casting’s Facebook page: facebook.com/heesomcasting 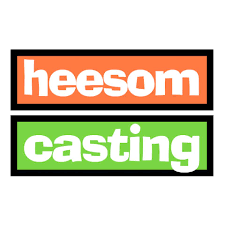